Master Biju Nair is a pain and injury management specialist using Kalari Chikitsa and Ayurveda. With almost 25 years of experience, he has treated thousands of people in Australia and India using these methods.

Not only is he an experienced and qualified Ayurvedic practitioner and therapist, but since the age of thirteen, he has been traditionally trained in the martial art of Kalaripayattu and its healing art, Kalari Chikitsa.

In Kerala in Southern India, the Kalaripayattu master plays the dual role of a martial arts teacher and a healer. They treat the martial arts students and the general public for their injuries and pain-related conditions.

Master Biju continues this practice in Brisbane where he is sought out for his traditional knowledge and practical approach to Ayurveda, Kalari Chikitsa and Kalaripayattu. 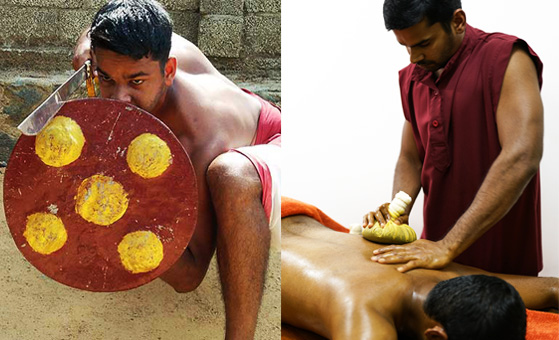 Master Biju grew up in a village in Kerala in Southern India. At age thirteen, he began learning the martial art of Kalaripayattu and its healing art Kalari Chikitsa under his village’s Kalari master, Suji Master.

After seven years with his Master, he went on to study with his Grandmaster, Guru Balachandran Nair (Satguru Hanuman Das), through the Gurukula system. Here he became completely immersed in the healing and martial art by living, learning and working at the Kalari full time for four years.

The Gurukula system is an ancient system of education in India, where the disciple receives the knowledge by taking up residence with the Guru. For Kalaripayattu and Kalari Chikitsa, as with training in any traditional art form in India, understanding and acquiring the knowledge is a long, demanding and rigorous process.

Master Biju is also a certified Ayurvedic and Panchakarma therapist through the respected Dhanwanthari Ayurvedic Hospital in Thodupuzha, Kerala. He has provided treatments in Ayurvedic clinics, resorts and traditional centres in Kerala, Bangalore and Brisbane. He has also trained Ayurvedic therapists in India and Australia.

Since moving to Brisbane, he has gained an Advanced Diploma of Ayurveda and a Diploma of Remedial Massage. He has worked alongside Ayurvedic Doctors, Physiotherapists and Chiropractors in Brisbane. He mentors Ayurvedic professionals in Australia, and is the Ayurvedic therapy trainer at various Ayurvedic clinics in Australia. 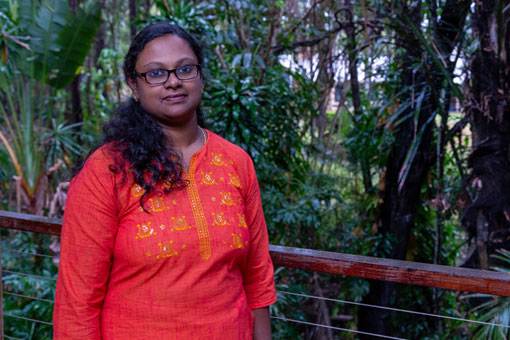 Dr Leny Prabhath is a highly qualified Ayurvedic Doctor from Kerala in Southern India. She has studied Ayurveda for 8.5 years and ran her own outpatient clinic in Trivandrum, Kerala.

She has a Bachelor of Ayurvedic Medicine and Surgery from University of Kerala, and a Postgraduate degree in Ayurvedic medicine making from Kerala University of Health Sciences.

She is available at Kalari Ayurveda Centre for Ayurvedic consultations, massage, therapies and Ayurvedic detox and rejuvenation programs. Carolin is an Ayurvedic massage and Sports massage therapist, focusing on pain and injury management.

Carolin is also a student of Kalaripayattu, the south Indian martial art form. She is one of the senior students at Australian School of Kalaripayattu, and has also begun training in its healing art Kalari Chikitsa.

She has worked in a number of massage modalities and previously managed a natural therapies centre. She has studied traditional healing systems and martial arts in South America, North America and Europe.

More about what we do 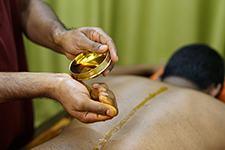 A range of Kalari Chikitsa and Ayurvedic treatments are available to treat and prevent your aches, pains and injuries, and to enhance your overall health.
Learn more 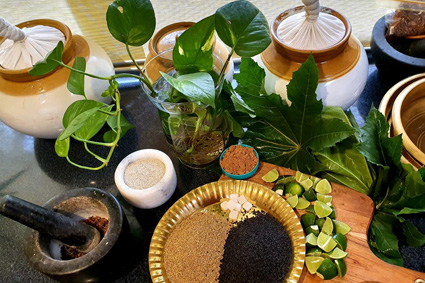 Originating in India, Ayurveda is one of the oldest, most comprehensive health systems in the world. While Ayurveda provides a vast guide of practical advice and wisdom on almost every aspect of your health, Kalari Ayurveda Centre specialise in its use for pain and injury management. 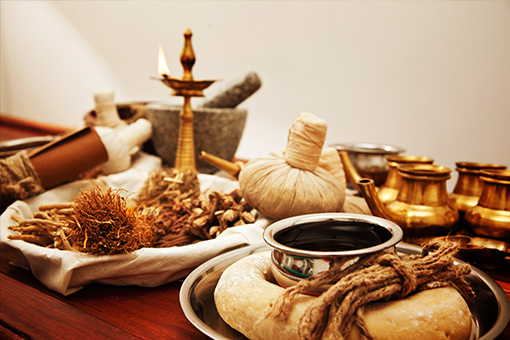 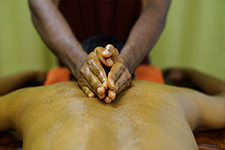 Kalari Chikitsa is an ancient system of musculoskeletal treatments. Originating in Kerala in Southern India, Kalari Chikitsa was developed to benefit the warriors of Kalaripayattu. The techniques that were used to treat the ancient warriors are also highly effective in the treatment of modern day aches, pains and injuries. 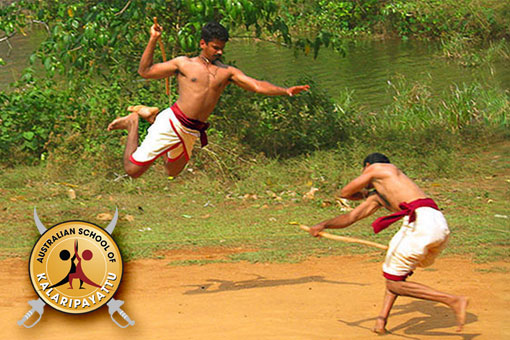 Kalaripayattu develops the body and mind through a powerful flowing practice. It is a comprehensive system that was originally designed to create an expert warrior. Classes are available at our Brisbane school, Australian School of Kalaripayattu.